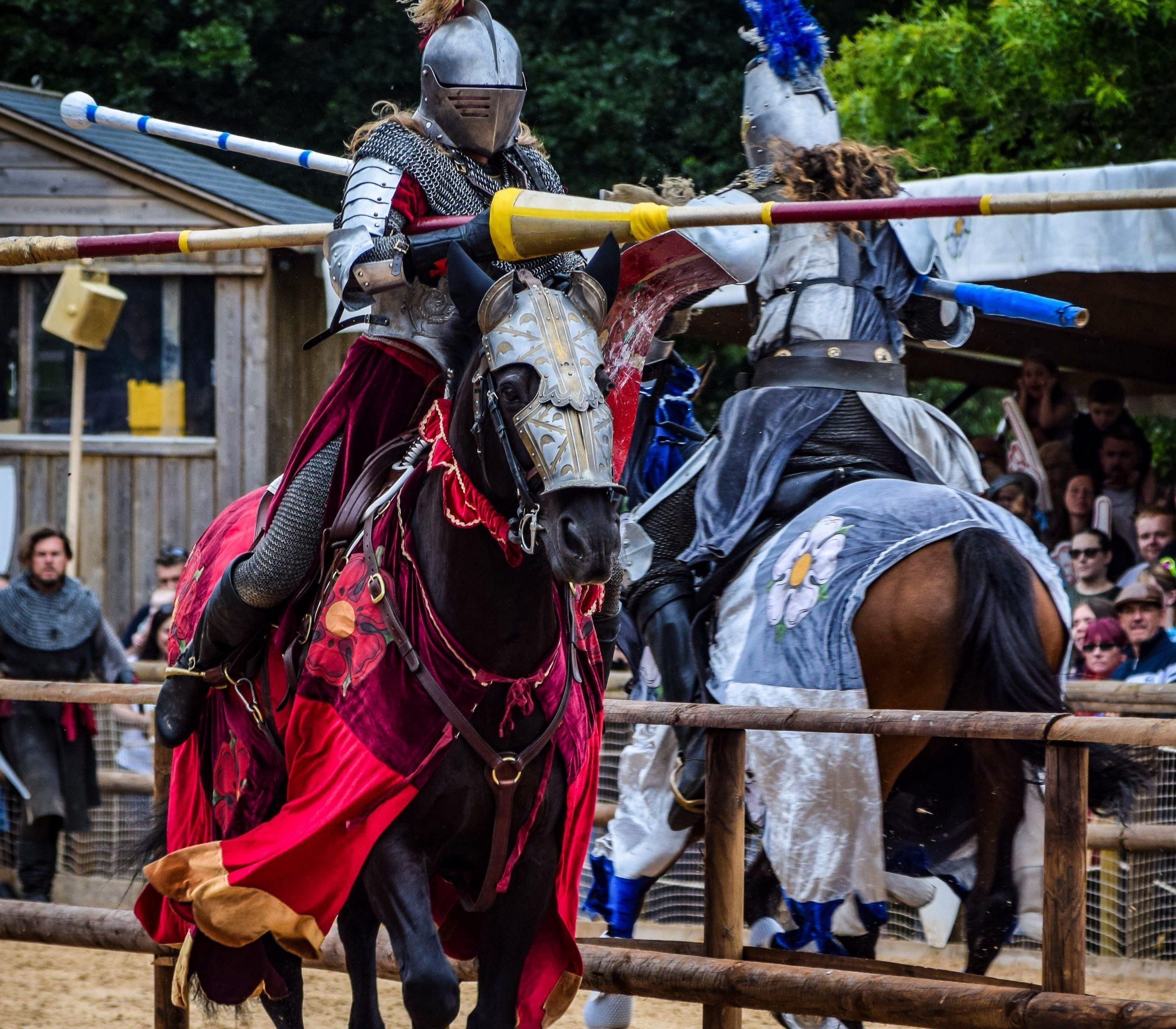 Renaissance Festivals are a great way to spend the weekend stepping back through time. Virginia has a number of fun Renaissance Festivals that are held throughout the year. Early autumn is generally the most popular time for the festivals, particularly September, though there are some that occur in early summer as well.

The Renaissance period generally dated from the 14th to the 17th centuries in Europe, and it marked an end to the Middle Ages and a rebirth (hence the name Renaissance) of art, religion, society, and life in general.

Renaissance Festivals highlight this lively period with a time of celebration. They often feature an artisan market with unique arts and crafts, as well as food, drink, games of skill, and living history demonstrations from the Renaissance period.

There is also plenty of live entertainment, including live music, dance, and theater performances. Actors in period costumes are a major part of the festivals, and guests are invited to come in costume too.

Below are some of the top Renaissance Festivals in Virginia.

Note: This page contains affiliate links. As an Amazon Associate, I earn from qualifying purchases. For more information, please see the Disclaimer.

The Virginia Renaissance Festival takes place in the fair village of Staffordshire over a whole month on weekends in May and early June! This gives you many opportunities to join the fun!

The 2023 schedule hasn’t been announced yet, but the 2022 festival featured a witches trial, a variety show, a Celtic Harpyr, a grand joust, hound coursing, an archery demonstration, and much more.

There is also a blacksmith demonstration as well as cooking demonstrations showing techniques from Elizabethan England.

There is also a Children’s Area that features Fairy Tales, games, a Butterfly Dance, and Origami Puppet Show.

Some of the food vendors include southern comfort food, turkey legs, jerky, a bakery, and concession items like pizza, pretzels, ice cream, and snow cones.

There are also numerous merchants on hand, including wood carvings and one-of-a-kind handmade artwork, Renaissance period accessories and clothes, a sword and knife shop, clay, jewelry, and much more.

Tickets can be purchased online here.

The Ravenwood Faire has a packed schedule of events over the course of three days. The elaborate grounds include King’s Feast, the Raven’s Court, Royal Arena, Manor Stables, and much more.

There is a royal joust, a petting farm, pony rides, tarot card readings, and music performances at Stage Henge. There is even a Vikings camp on the fairgrounds.

There are lots of fine foods at the festival, including Sleepy Hollow Tavern, Ravenheart Tavern, Roaming Bistro, and Crimms Concessions.

Harvest Faire offers a unique spin on the Renaissance Festival. They focus on presenting a modern version of a late 15th-century European fall harvest celebration and tournament.

There are numerous merchants at the event selling a wide selection of artisan crafts including a meadery, sword shop, leather works shop, and numerous jewelry vendors. There are also combat demonstrations, games, and of course numerous food vendors.

Tickets can only be purchased online, and they do sell out, so make sure to buy your ticket in advance.

Ticket prices are from $11 to $30 based on dates selected and age. You can also buy multi-day tickets.

The festival takes place on Saturdays and Sundays from the end of August to the end of October, and so you have plenty of time to join in the action.

The festival features an extensive schedule of events. There are multiple stages, including the Gatehouse Stage, Lyric Stage, Globe Theatre, and Royal Fox Theatre. Some of the acts are music performances, such as a pipe organ recital and the Queen’s Singers; theatrical performances, such as numerous Shakespeare-inspired shows; and magic shows. Stage performances take place throughout the day.

There is also a joust arena with more than just jousting knights: there are archery and fight demonstrations, and much more.

Want to learn about outdoors activities in Virginia?